The air is crisp, the October sun shimmering off the remaining leaves gilding the trees, and I just returned from browsing for gaudy baubles, getting a little something by way of draconic thank-you to Boon for not roasting my laptop yesterday. With Dragons and people, a little appreciation goes a long way.

The history of Gaudy Bauble Day goes way back to the fairs of merry olde England in honor of St. Audrey, with their stands full of colorful trinkets and gewgaws. Dragons, being pagan to the core, tend to have no feelings about St. Audrey one way or another, but they do love a good bauble any day of the year. Like bears follow honey, it follows that they would latch onto GBD and claim it as their own. 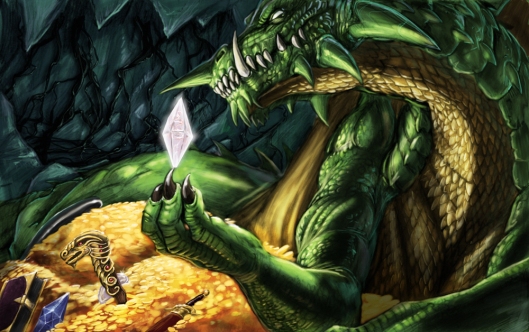 So, get out. Venture forth to tag sale or fair, and get a jump on your holiday shopping, and remember that, for Dragons, it is the thought – not the expense – that counts.

Now, for a change of pace:

Dragon keeping, like other arcane vocations, has a vocabulary all its own. Over the years, some of  these terms have entered the vernacular, but a great many are still little understood by the general public. To remedy that situation, this year, as a public service, we have added something new to the MotD calendar: Dictionary Day!

Though everyone else was celebrating it on the 16th, we realized yesterday dracophiles would be far too busy with their Dragons at the watercooler to have time for much else. So we have pushed it up a day and extended it through this weekend.

Today, we will start with the basics.

Cryptherpetology: A k a Secret Serpent Science, Remarkable Reptile Research, and Dragon Studies. The field for serious dracophiles. Cryptoherpetology also covers such non-dragons as the cockatrice, chimera, and wide variety of water beings who fall in that grey area between fish and reptile.

Enchantment: The basic draconic family unit or clan. A modern enchantment include from 10-15 individuals.

Weyr: A Dragon community. In the old days, a weyr could easily accommodate 5-7 enchantments. Unfortunately, everything is down-sized today: modern weyrs are 2-3 enchantments large at most.

True Dragons: The three species of Big D Dragons: Western or European Dragons, Eastern or Asian Dragons, and Feathered or Southern Dragons. All others are pseudo dragons. Accept no substitutions.

Pseudo dragons: A broad class of creatures who, in the popular imagination, are frequently lumped together with True Dragons but who are distant relatives at best. The ranks of pseudo dragons include wyverns, nagas, house dragons, wyrms, and drakes, to name but a very few. 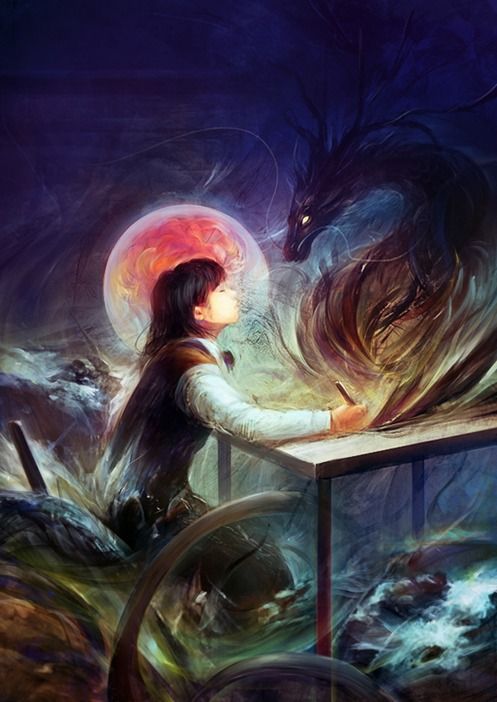