Before exploring the indigenous Dragons of the West, we here at the Nest urge anyone and everyone wishing to mark Columbus’s journeys to do so by contributing to the rescue/relief efforts in Puerto Rico.

Today in the States is a federal holiday. Schools, banks, government and postal offices are closed in recognition of a cruel, misguided European sailor, Christopher Columbus. This year, the 9th of October also happens to be Leif Erikson Day, in recognition of the Norseman’s crossing the Atlantic almost 500 years before Columbus.

During Month of the Dragon, we view the day differently. Of course.

We prefer to set it aside to honor the  Dragons of the Western Hemisphere and the indigenous people whit whom they shared the land.

Some, like the Canadian Snow Dragons are quite familiar. Indeed, the Euopean Dragons who headed west during the Trans-Atlantic Transmigration felt quite at home among their Arctic kindred. 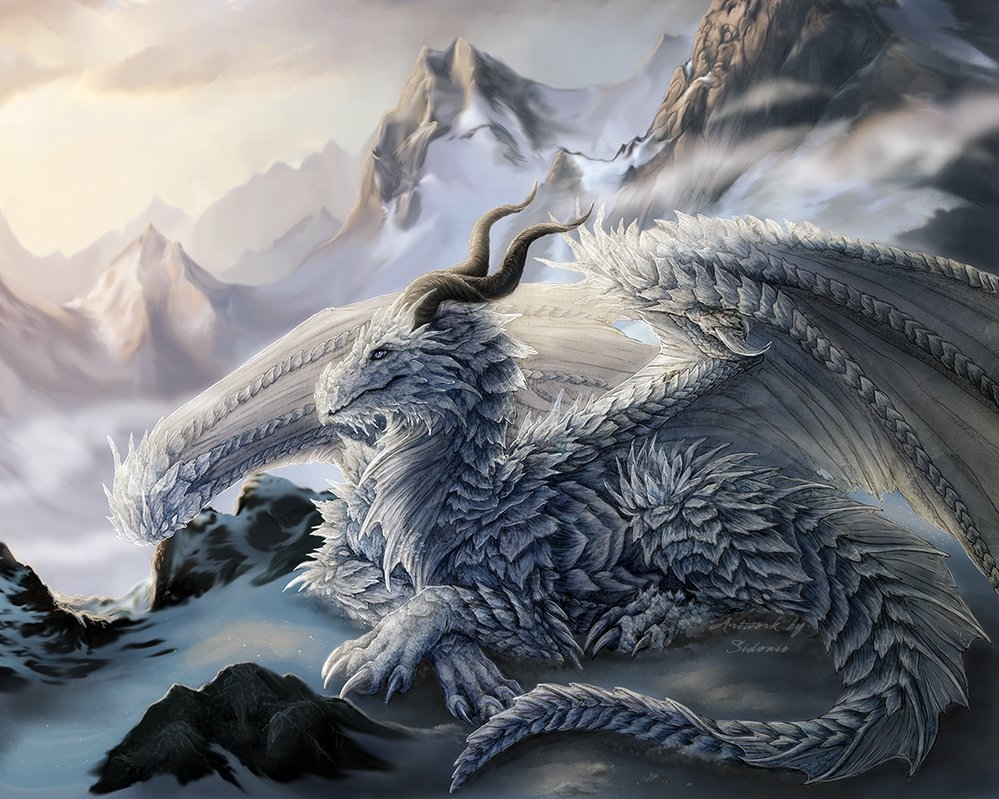 [Note: When it comes to Europeans in the Western Hemisphere, the Dragons fleeing the Dark Times not only had Columbus beat by centuries, but Leif Erikson, too. The sight of them soaring over Vinland soars must have made the Vikings, in their Dragon-prowed long boats, feel right at home.]

And further to the south, the colorful descendents of the great Plumed Serpents Quetzalcoatl, Gucumatz, Kukulkan, and Campacti lit up the Meso-american canopies. 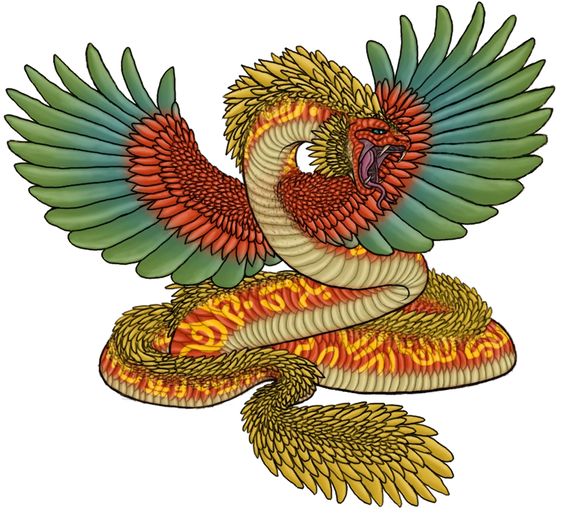 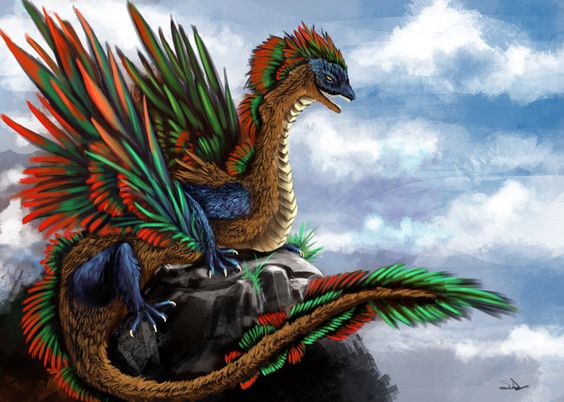 They are gems of the skies, bobbing and weaving through the mist round Venezuela’s tablelands, bathing in the Iguazu Falls. They are also increasingly endangered as their habitat is targeted and climate change takes its toll. 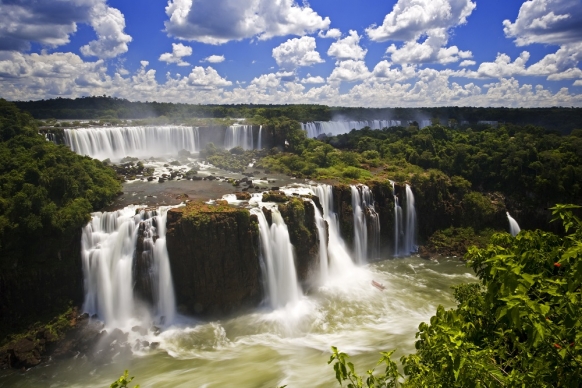 But the indigenous Dragons of the Western Hemisphere include a slew of lesser knowns as well. Many of these creatures are linked to the lakes and rivers of the land and tend to be less than genial. Though their places in Native American lore are often marked by tales of death and danger, they deserve our notice and respect.

In the southeast woodlands of what are now the Carolinas, the Cherokee crossed paths with Uktena, a horned serpent/water dragon, native to the regions rivers and marshes. 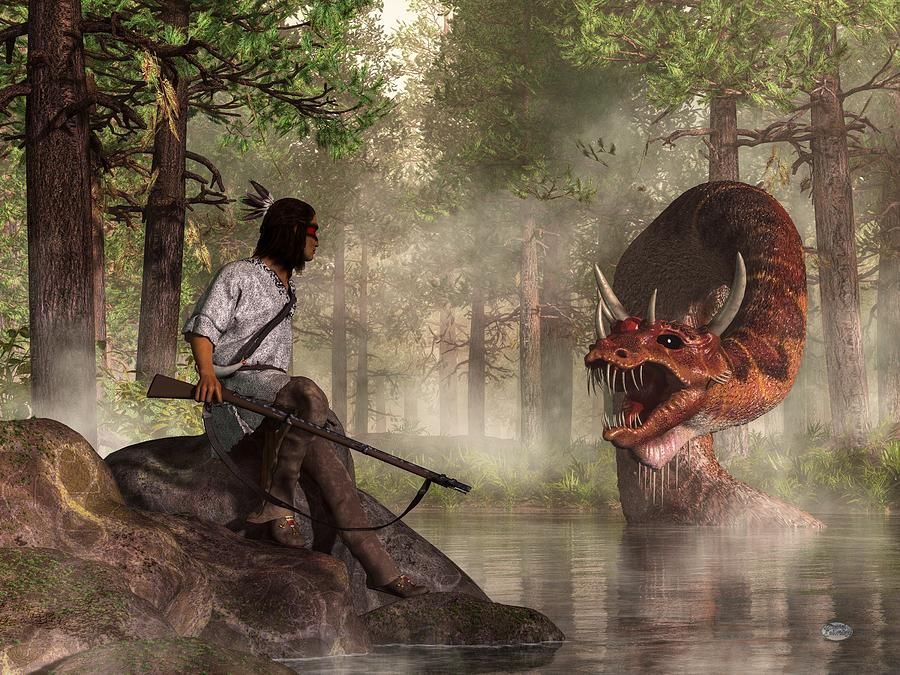 Further west, he is known among the Lakota as the Unktehi, a lake dragon with a formidable reputation. 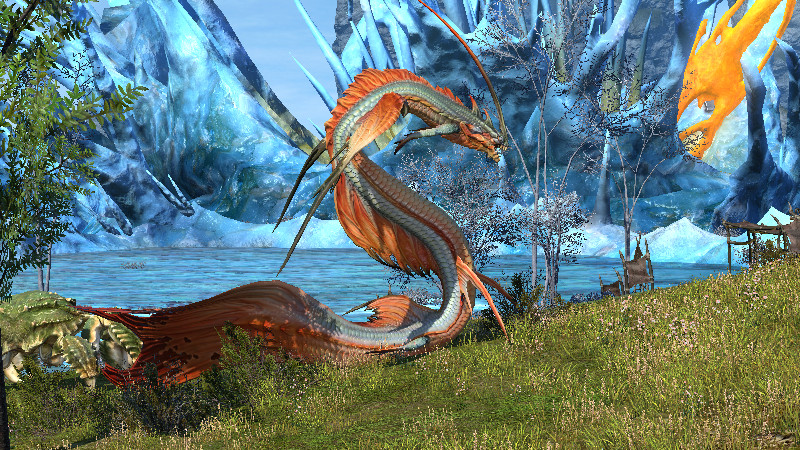 The Illini of the Mississippi Valley told tales of the frightening Piasa dragon, aka the “bird who devours people.” He was imortalized in lithographs on the river cliffsides. 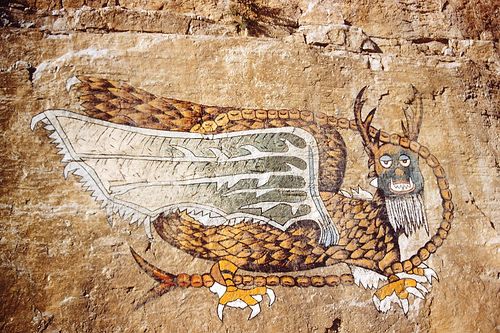 And the people of the Pacific Northwest, the Tlingit and Haida, Salish and Chinook, shared their lives with the great sea and forest Dragons of the region. 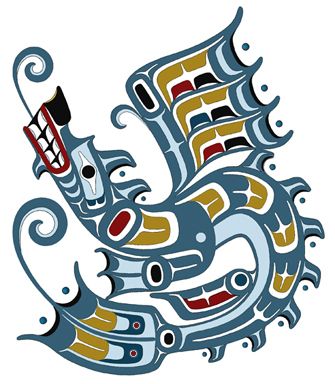 [The playful Dragons of Washington’s Willapa Hills were delighted when the recent remake of Pete’s Dragon was relocated in their neck of the woods. Though some took exception to the Dragon’s furriness, they did consider it recognition long overdue.] 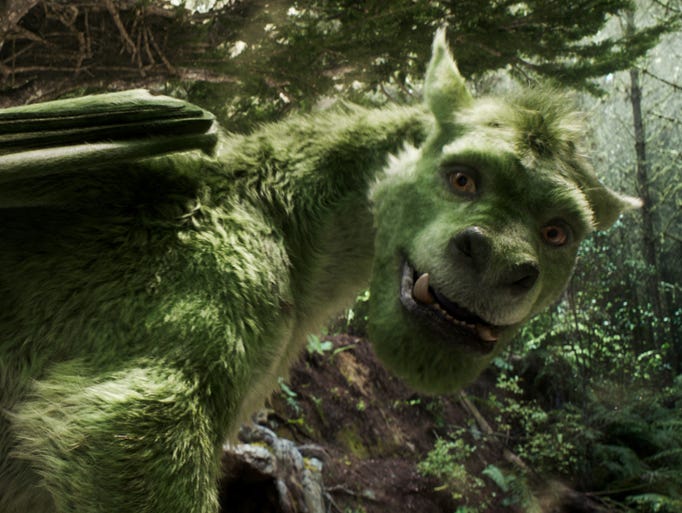 These are just a handful of the Dragons native to the Western Hemisphere. Though urban sprawl and climate change – especially in the United States – are pushing many to remote regions, they are still here. As long as we honor them, they will remain so.